Women in construction industry and men in day-care? 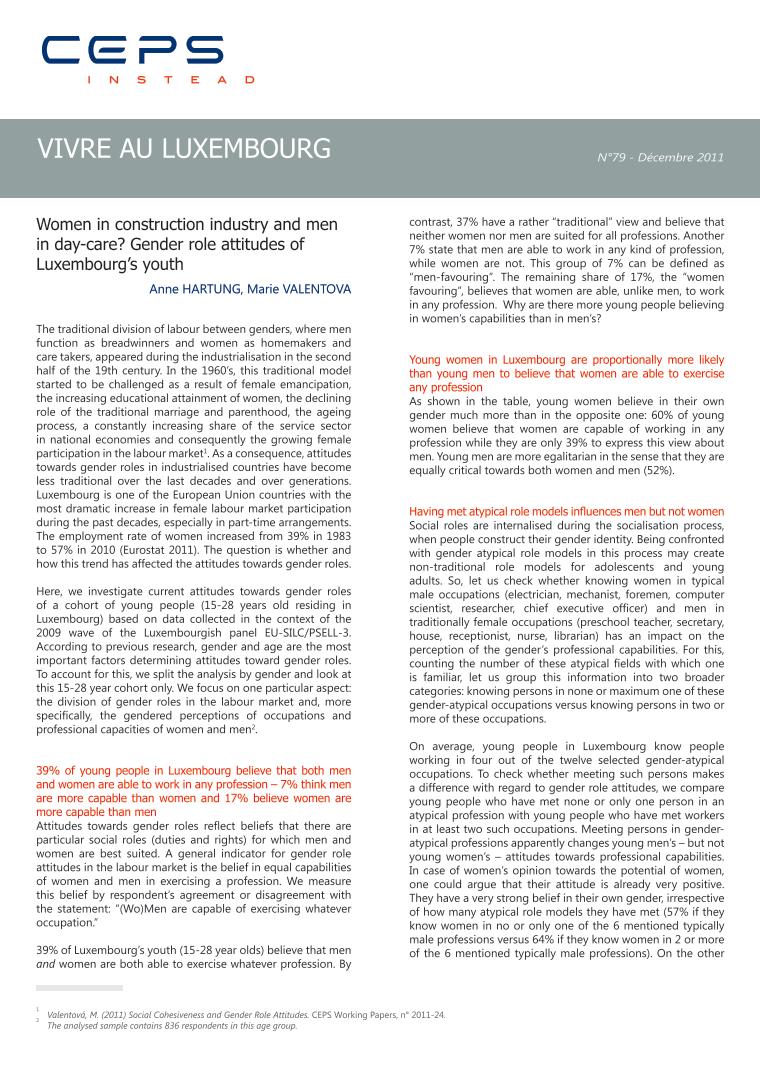 The traditional division of labour between genders, where men function as breadwinners and women as homemakers and care takers, appeared during the industrialisation in the second half of the 19th century. In the 1960’s, this traditional model started to be challenged as a result of female emancipation, the increasing educational attainment of women, the declining role of the traditional marriage and parenthood, the ageing process, a constantly increasing share of the service sector in national economies and consequently the growing female participation in the labour market. As a consequence, attitudes towards gender roles in industrialised countries have become less traditional over the last decades and over generations. Luxembourg is one of the European Union countries with the most dramatic increase in female labour market participation during the past decades, especially in part-time arrangements. The employment rate of women increased from 39% in 1983 to 57% in 2010 (Eurostat 2011). The question is whether and how this trend has affected the attitudes towards gender roles. Here, we investigate current attitudes towards gender roles of a cohort of young people (15-28 years old residing in Luxembourg) based on data collected in the context of the 2009 wave of the Luxembourgish panel EU-SILC/PSELL-3. According to previous research, gender and age are the most important factors determining attitudes toward gender roles. To account for this, we split the analysis by gender and look at this 15-28 year cohort only. We focus on one particular aspect: the division of gender roles in the labour market and, more specifically, the gendered perceptions of occupations and professional capacities of women and men.

women in the labour market