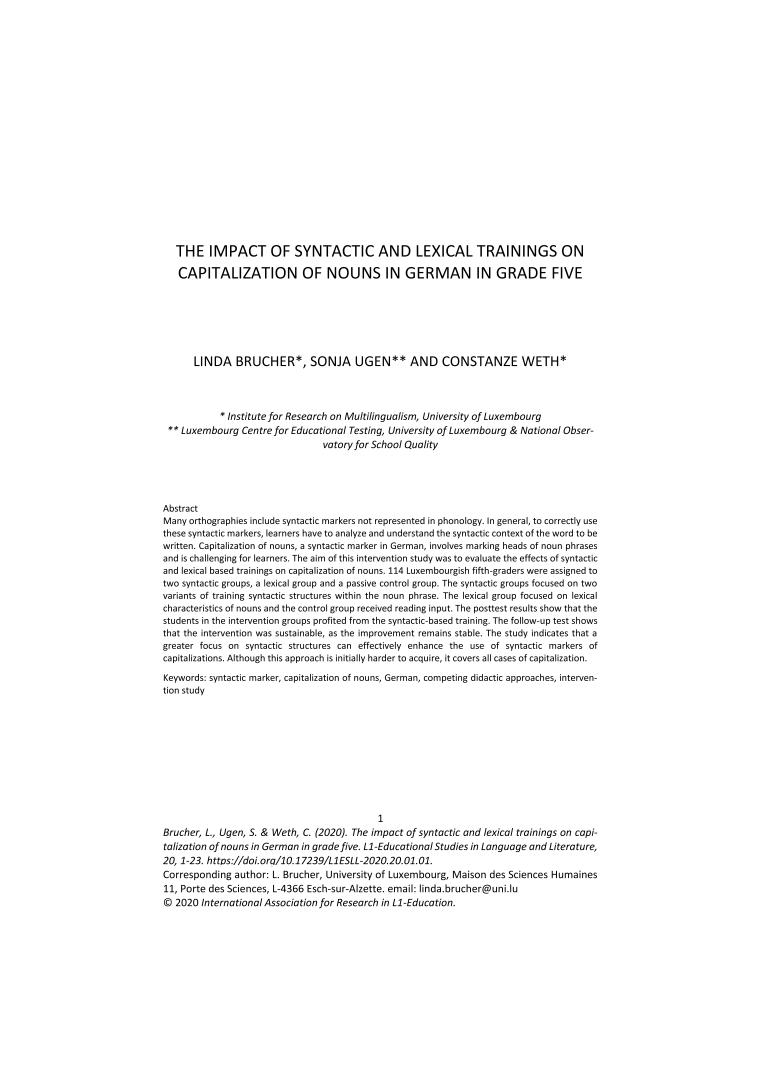 Many orthographies include syntactic markers not represented in phonology. In general, to correctly use these syntactic markers, learners have to analyze and understand the syntactic context of the word to be written. Capitalization of nouns, a syntactic marker in German, involves marking heads of noun phrases and is challenging for learners. The aim of this intervention study was to evaluate the effects of syntactic and lexical based trainings on capitalization of nouns. 114 Luxembourgish fifth-graders were assigned to two syntactic groups, a lexical group and a passive control group. The syntactic groups focused on two variants of training syntactic structures within the noun phrase. The lexical group focused on lexical characteristics of nouns and the control group received reading input. The posttest results show that the students in the intervention groups profited from the syntactic-based training. The follow-up test shows that the intervention was sustainable, as the improvement remains stable. The study indicates that a greater focus on syntactic structures can effectively enhance the use of syntactic markers of capitalizations. Although this approach is initially harder to acquire, it covers all cases of capitalization.

Brucher, L., Ugen, S. & Weth, C. (2020). The impact of syntactic and lexical trainings on capitalization of nouns in German in grade five. L1 Educational Studies in Language and Literature, 20.